Healthwatch Hampshire is the independent consumer champion created to gather and represent the views of the public and to give citizens and communities a stronger voice to influence and challenge how health and social care services are provided within their locality by: 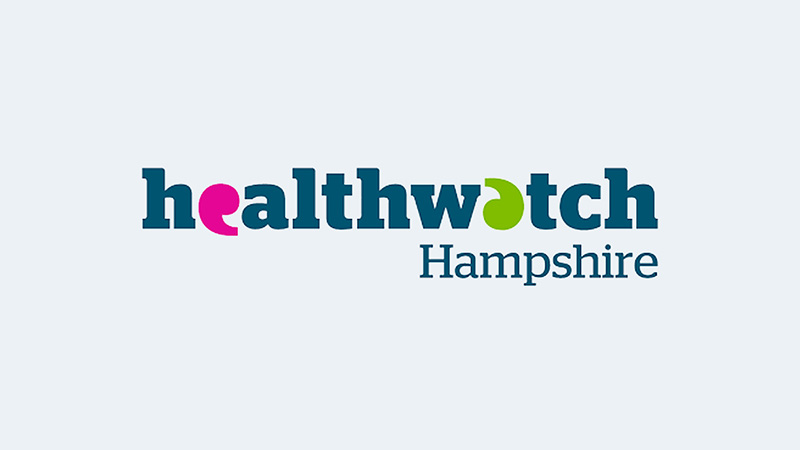 We would like to thank our partners for their continued support. Please click on their logos more information.

‘Client’s daughter has had severe mental health issues with prolonged hospital stays. At one stage the daughter was detained under Section 3 of Mental Health Act. Although the daughter is an adult, her parents have authority to act on her behalf, so would expect to be consulted and informed on decisions regarding the whereabouts of their daughter and her treatment.

She was put in a hospital a long distance from her home and then moved at very short notice. There were lockdowns, so they were unable to visit. During this time, she went into intensive care, and had contracted Covid but the parents (client) were not told.

The hospitals were not connected and did not treat the patient as a single case. The daughter is now home and hopefully recovered but she may have recurring bouts. The parents were very worried the disconnected and poor treatment could happen again. They made a number of complaints and finally went to their local MP who wrote to Southern Health expressing concern about the treatment. A Letter was sent back by Southern Health explaining the situation in which they stated client claims were inaccurate and offered to talk with the client. She will set up an appointment with them. If still unhappy with the result they will come back for further advice.’

More information can be found on the Healthwatch Hampshire website.